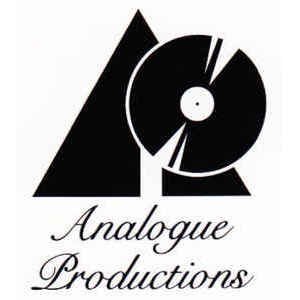 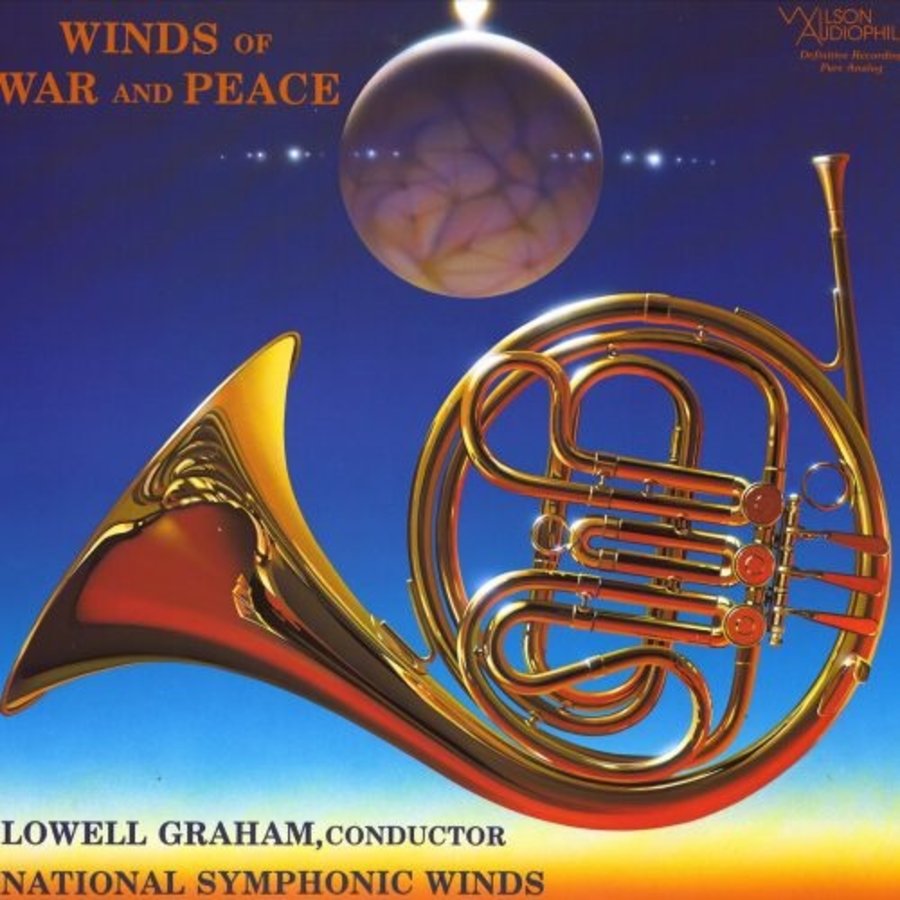 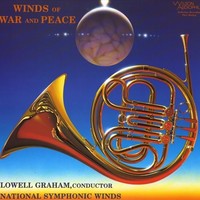 National Symphonic Winds
You could call it a wind orchestra. The orchestra consists of "woodwinds" as oboes, clarinet and flute, supplemented by "brass" as trombone, trumpet, saxophone and tuba. In addition, there is percussion.
This orchestra plays classics as well as more recent material.

Winds of war and peace
The compositions on this LP were composed in different years. For example, the Liberty Fanfare from 1986 in honor of the 100th anniversary of the Statue of Liberty. Lowell Graham, the conductor, is a talented conductor. The double LP has 7 titles.

Rating
Recorded on September 17, 1988 under the inspired direction and involvement of David Wilson. Yes, the Wilson Watt's. The cover also says "Wilson Audiophile". A deliberate choice was made for 45 rpm for an even better performance. Or as they put it themselves "It just doesn't get much better than this". Big, wide, high and low, everything is present and solid.

Side 4
1. A Santa Cecilia
2. Symphonic dance