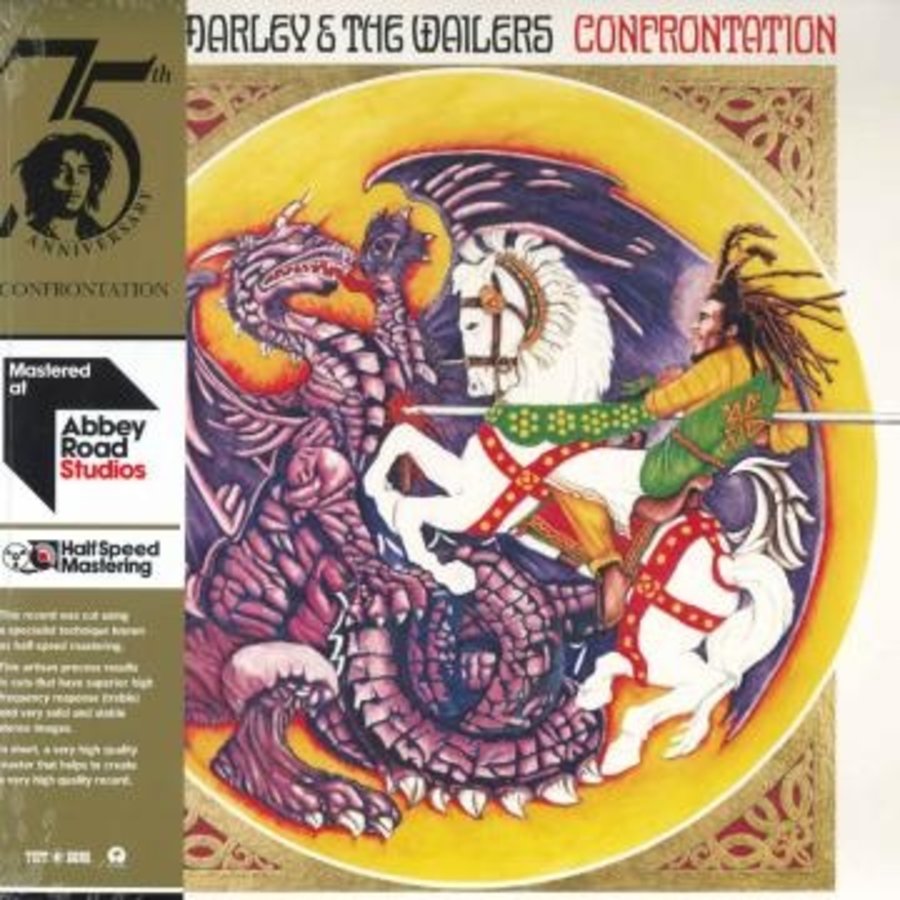 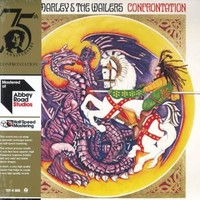 Bob Marley
Robert Nesta Marley was born in Jamaica on February 6, 1945 in Nine Miles. Robert was the son of 18-year-old black teenager Cedella Malcolm and 60-year-old white army captain Norval Marley.
In 1972 Island Records offered a record deal to a reggea band for the first time as a renowned label. The first LP Marley released on Tuff Gong's own label was Burnin '. Tuff Gong was Marley's nickname.

Confrontation
Bob Marley and the Wailers talked about the battle in Adwa between the Ethiopians and the Italians in 1895. In this dramatic battle for the Italians, Ethiopia remains independent as one of the few African countries. The LP contains 10 delicious Reggae songs. Rastaman live up!

Review
Confrontation was recorded on half speed mastering by Abbey Road Studios. The word says it all, at half speed. To do this they used a modified Neumann VMS-80 cutting machine. The advantage is that complicated high frequencies are easier to cut.

Side B
1. Blackman redemption
2. Trench down
3. Stiff necked fools
4. I know
5. Rastaman live up! 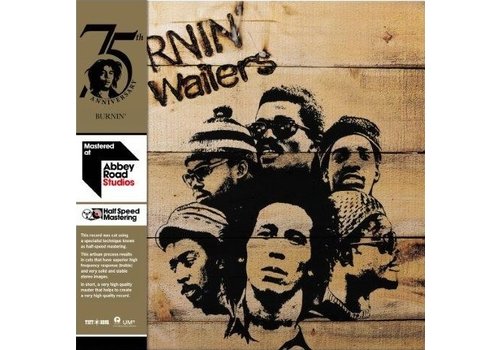 Bob Marley - Burnin'
Burnin' from Bob Marley, 75th anniversary, 180 gram, half sp...
€31,50
More info
By using our website, you agree to the usage of cookies to help us make this website better. Hide this message More on cookies »