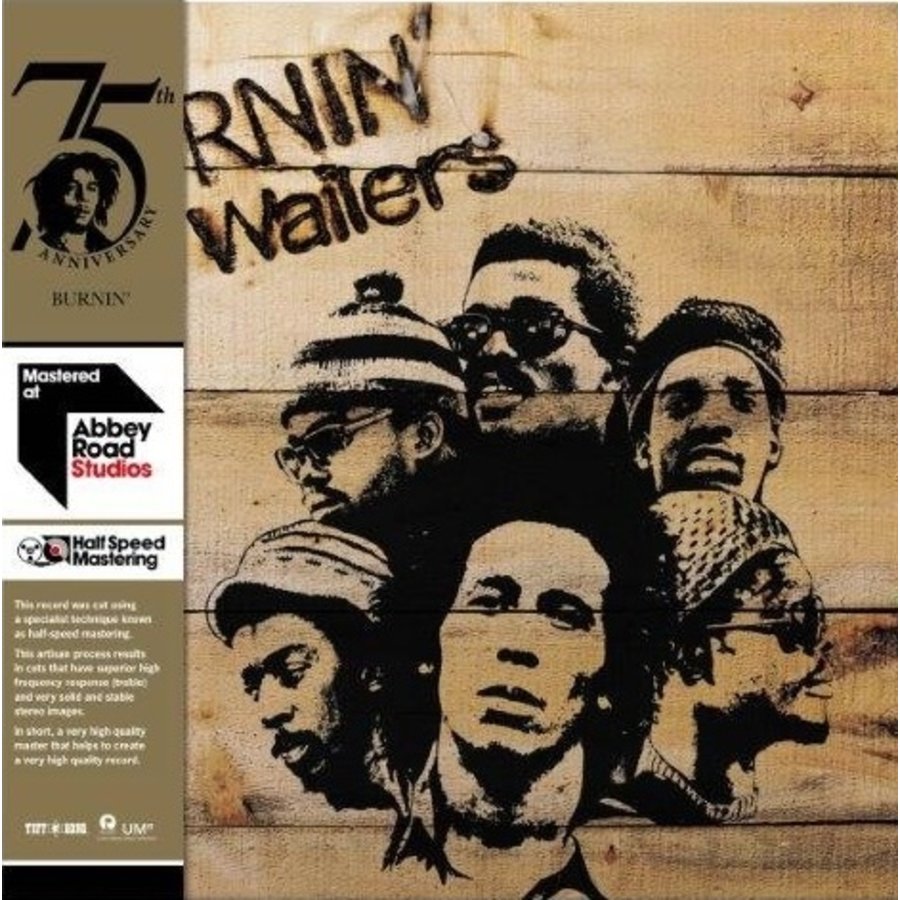 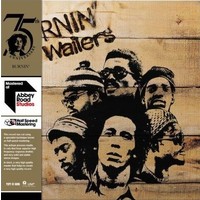 Bob Marley
Robert Nesta Marley was born in Jamaica on 6 February 1945 in Nine Miles. Robert was the son of 18-year-old black teenager Cedella Malcolm and 60-year-old white army captain Norval Marley.
In 1972 Island Records offered a record deal to a reggea band for the first time as a renowned label. The first LP that Marley released on Tuff Gong's own label was Burnin 'with the hit I shot the sheriff. Tuff Gong was Marley's nickname.

Burnin'
As said the first LP under the own label Tuff Gong. With well-known titles such as Get up, stand up and of course I shot the sheriff. The Tuff Gong Studios was located on the ground floor of his home at 56 Hope Road in Kingston.

Review
A special version has been released on the occasion of Marley's 75th anniversary. The Abbey Road Studios have used half speed mastering in their opinion to be able to create a master that will help create a very high quality LP. A better high frequency response and a solid and stable stereo image.